Senator Scott Hutchinson presented a Senatorial Certificate of Commendation to Emily Scott of Tionesta on Tuesday (January 10) recognizing her as the recipient of a 2017 Pennsylvania Farm Show Scholarship.

Emily is a sophomore at University of Pittsburgh at Bradford, studying Psychology and plans to go into social work after graduation. She is a former Vice President of the Wild Hogs 4-H Club and President of the Forest County Teen Council. 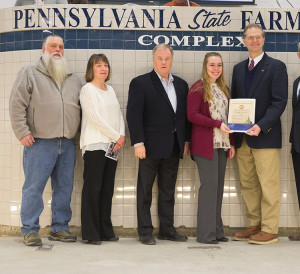